Why you might want to accept the occasional step back

on your journey through life 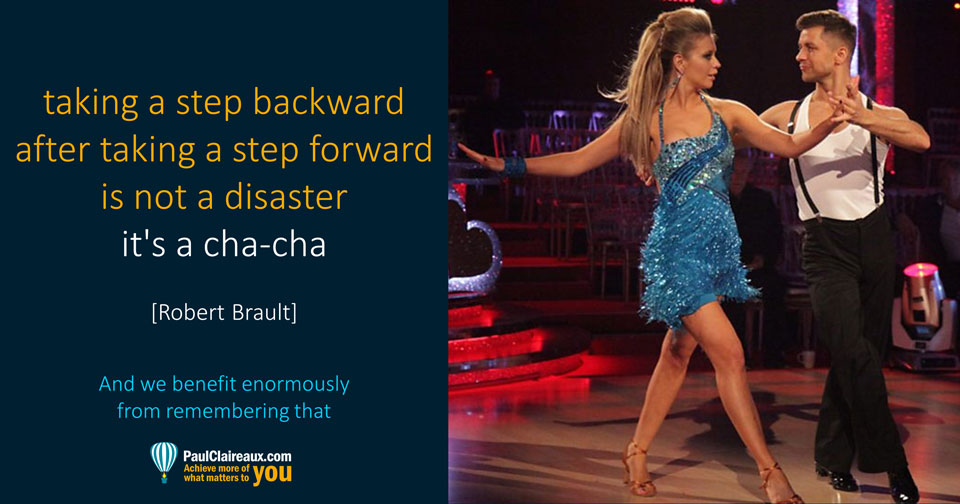 With a lot of our goals, we often follow one step backwards, with two more – in the same direction!

In this short Insight, I’ll look at how Catastrophic thinking causes this, and start to explore how we might overcome it.

The fact is that it’s our reaction to failure on our important life goals – that can lead us to a worse position than if we’d made no goal at all.

A good way to understand this dangerous behavioural trap is to read the description (outlined below) of a real-life experiment– and then try to guess the outcome.

The experiment was filmed by the BBC in 2015 – and there’s a link to the video at the base of this page.

But please read this description first and have a go at the questions.

This simple experiment involved two similar groups of volunteers, all of whom were on a diet to lose weight.

Their efforts were filmed by the BBC over several months – and for this part of the series, they were taken to a cake shop 🙂

Here they were all given a BIG slice of cake to eat, but each group was given cake from a different plate.

The truth was that both cakes were exactly the same, super-rich cakes containing more than 700 kcals per slice.

But the participants didn’t know that.

Later the same day, the two groups were sent off to separate rooms with an instruction to bake and decorate their own cakes – and then have a tea party at which they were free to eat what they wanted.

Then, when they were finished, an examiner measured how much cake they’d consumed.

What do you think the results were?

Now click here to watch the outcome;  it’s well worth a look

So, what has this to do with financial planning?

Well, of course, this BBC series was aimed at helping people control their diet and lose weight.

But clearly, this ‘catastrophic thinking’ problem is a challenge we all face in overcoming many bad habits that threaten our health and our wealth.

We need to remember that a minor breakage of a resolution along the road to a bigger goal is not necessarily a big deal.

Small set backs should not be looked upon as ‘catastrophes’ …

And it’s this ‘all or nothing’ thinking that can mess up our minds and cause the greatest damage.

This is a kind of ‘go in hard or go home’ mindset that you might hear some folk talk about on a night out… and yes, of course, I made that mistake, when I was younger too 🙁 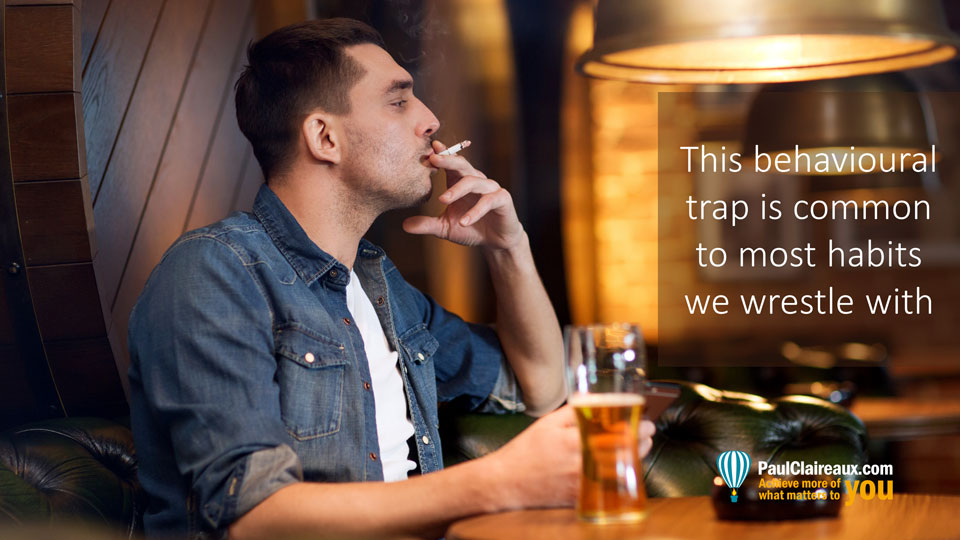 So, it’s the same with money

This type of thinking can lead you to spend all your money today – leaving you with nothing for your rainy days.

It’s just another side of the same (catastrophic thinking) coin.

The result with your money is the ‘in for a penny – in for a pound’ habit of spending.

We all know the game, we budget to spend, say, £800 on that holiday abroad but then, when we book it up, we load up with every extra and upgrade available. And the result is that our budget is smashed to smithereens.

Now, we’re not alone – a lot of people do this.

And retailers spend heavily on marketing to keep tempting us into this and other spending traps – learn more about the tricks they play to manipulate our moods, here 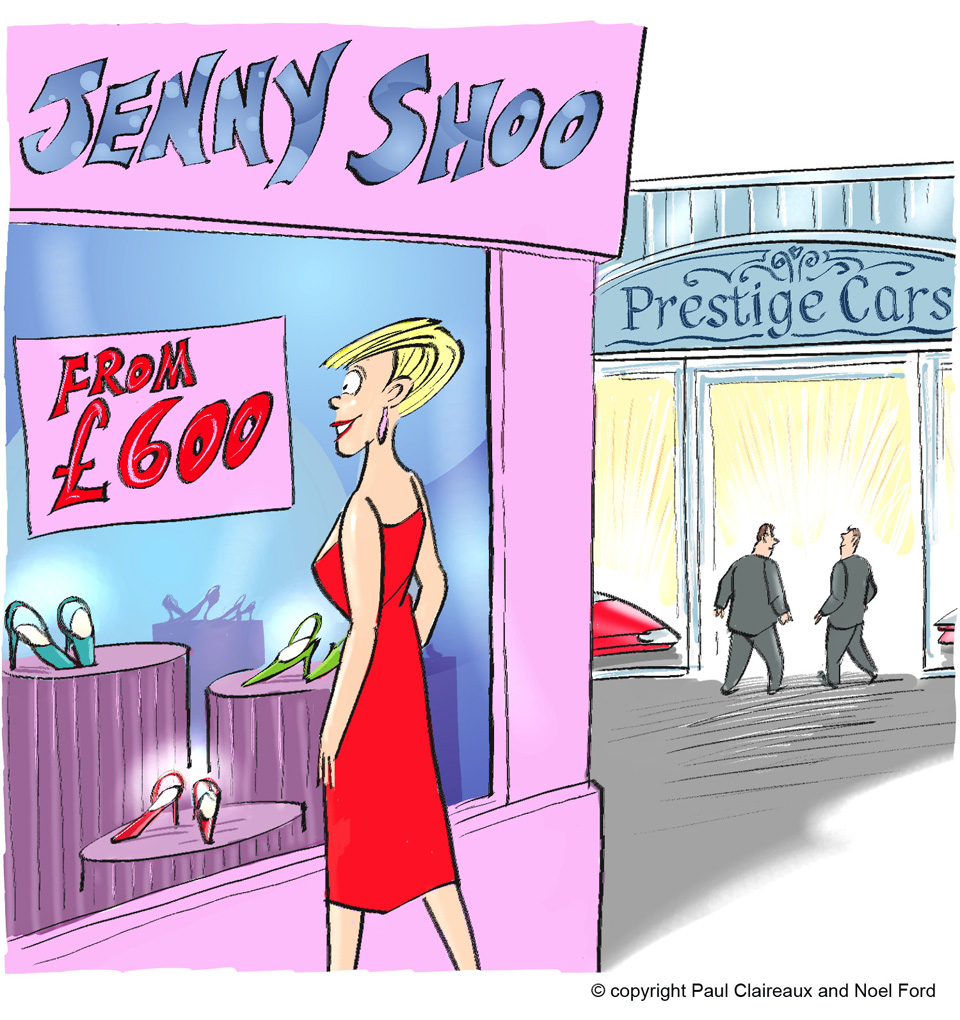 How can we break free of catastrophic thinking?

Well, as with most solid observations about life, a powerful quote can help as a reminder. 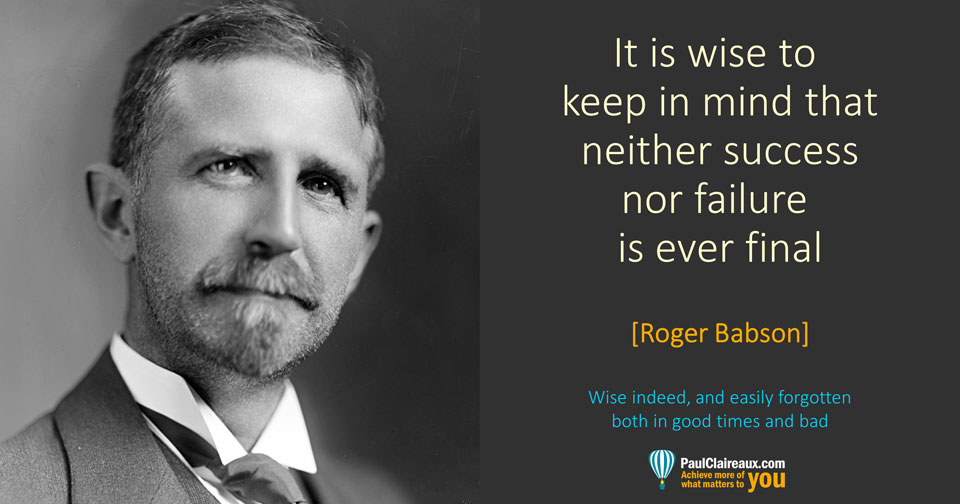 Changing the way we think is not easy, but just being aware of this catastrophic (black and white) thinking, is a good start.

And you might find this  “Shades of Grey” Insight helpful for escaping this particular behavioural trap. 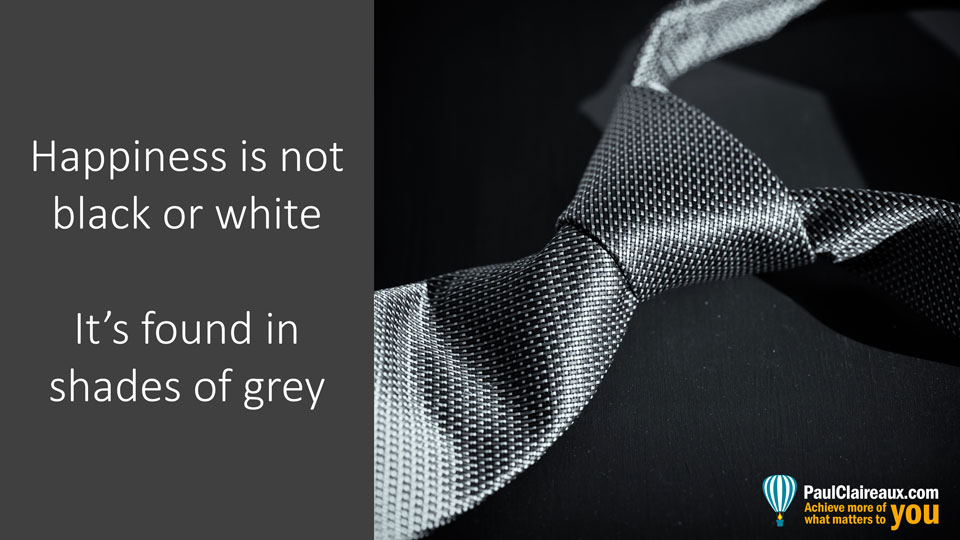 Please share this post if this challenge affects someone you know, and let’s be honest, it affects most of us at some point in our lives, right? 😉

So, I think we can all use some help with this.