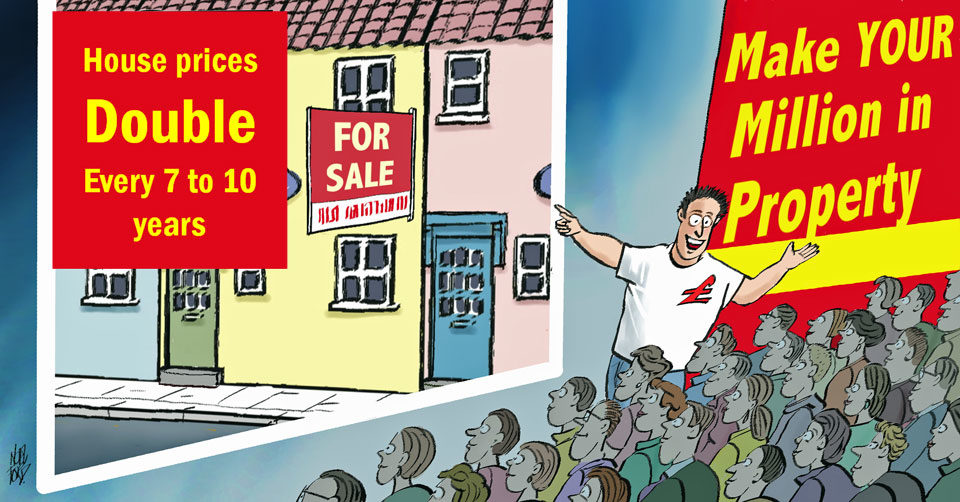 To whom it may concern,

In addition to ‘spread betting’ I have been tracking the grossly misleading promotional activity around property investing for several years now.

I first wrote about this issue in my book, “Who can you trust about money” which I published in late 2013. But this misleading nonsense continues to hurt people today and I feel, very strongly that it must be stopped NOW.

Last week I attended yet another promotional event from the folk at Rich Dad education – which uses the Robert Kyosaki brand.

‘Rich Dad education’ appears to be part of the Legacy Education alliance that includes many other brands including one that operates under the Martin Roberts brand name.

I’ve witnessed similarly misleading statements at their workshops in the past also.

The aim of these FREE workshops are to sell people into an expensive (£997 on this occasion) weekend seminar that promises to teach you how to make big profits on property.

The biggest secret that the presenter claimed would be revealed on the course was, “How to buy property- below market value” or BMV as he called it

That’s clearly a magical piece of knowledge to have right?

The only problem is that it’s totally misleading to suggest that everyone can achieve it!

The presenter also mentioned several times how this route to riches was assured because house prices ‘always’ double every 7 to 10 years.

What nonsense, as anyone with the slightest knowledge of house prices knows.

The 7 year period between 1989 and 1996, when many UK prices halved rather than doubled, is just one example of a severe crash in house prices.

You know that it’s NOT possible to make big profits on a property without:

Yet, none of these risks or expenses were highlighted in the presentation.

We were simply served up a series of examples of how you can make quick and big profits from property buying and selling.

This event, like many others I’ve witnessed, was attended by a group of people who seemed quite vulnerable; and clearly in need of some balanced and solid financial guidance – the exact opposite of what they heard.

My challenge to you is to put a stop to this now.

Does the FCA have any powers to stop these ‘so-called’ educational events?

Either way, I’d hope that you are interested to know of this activity.

This type of grossly misleading promotion has gone on at every one of these property profits events I’ve attended – and I’ve attended many.

Vulnerable people are getting hurt – a lot.