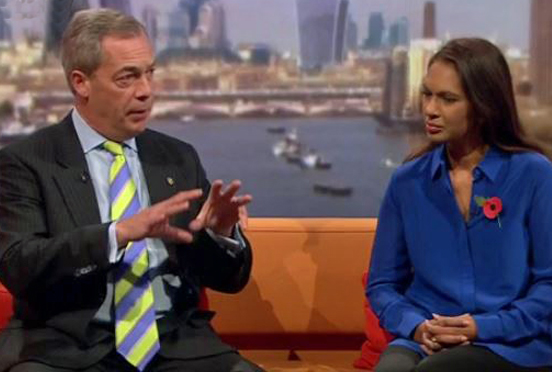 I try to avoid writing on Political matters. There’s so much nonsense written about it – I prefer not to add to the noise.

But right now, I feel the need to speak out.

So, what’s the big issue?

Well, our democracy is truly at a turning point with this Brexit issue.

The facts are quite simple. We voted (by a narrow margin) to leave the EU but we now have UKIP and other hard nationalists calling for us to ‘just get on with it’ regardless of what our elected MPs think.

The trouble is, this is not how our democracy works.

Do we really think it would be wise to make fundamental changes to our laws (with far reaching consequences for our economy and our whole way of life) simply on the emotional ‘say so’ of people who voted in a referendum based on misleading statements?

And let’s be honest - there were plenty of misleading statements on both sides of the Brexit debate!Click To Tweet

Indeed, I was expecting the Law courts to have stepped in before the referendum – or certainly long before now – to say it was ‘void’ because the public were being misled.

What we have now is a largely ‘confused’ and increasingly angry population.

And only a handful could explain the pros and cons of leaving the EU but staying within the European ‘free market’ – You only have to watch BBCs ‘Question time’ for evidence of that.

Entrenched tribal views are the order of the day.

Well I don’t have one.

I abstained on the vote to maintain peace with my 3 children who (rightly) pointed out that they have more future at risk than me.

But I do know that Gina Miller is a good person who works tirelessly to support good causes.

And that includes the fight to protect investors from being overcharged. So we’re on the same page there.

And she’s right about this momentous Brexit decision.

We must get our elected politicians aligned with the people on this. If they remain ‘out of step’ as they ‘appear’ to be now – there is a real risk of civil disturbance.

I’m old enough – and was unfortunate enough – to have been accidently caught in the middle of the Poll tax riots in London back in 1989.

And I saw at close quarters the extreme violence that some British people are capable of – when they’re angry with the establishment.

We simply must NOT give anyone a reason to go there.

If our politicians cannot agree on how to proceed with this – we must have a general election and a new government.

There is enough division going on elsewhere in the world.

We’re better than that.

Have a good weekend.