Home > Advice to Avoid > Why RISK really matters in retirement

Why RISK really matters in retirement 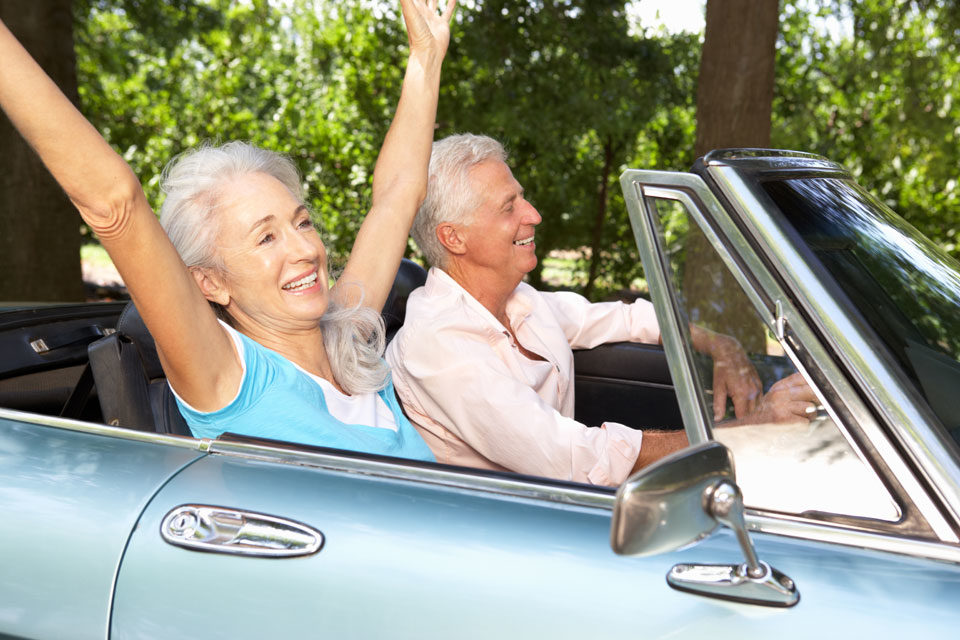 In this Insight we explore why managing your Investment risk really matters … if you use an invested pension for income in retirement.

This is an updated extract from my first book, ‘Who can you trust about money?’ (2013) which also appeared in Investors Chronicle in 2014. See here

Since that time, a lot of stock markets around the world have climbed to historical highs (on a valuation basis) so it makes a lot of sense to revisit the issue now.

The weirdness of investment returns

In this insight, you’ll see how your ‘effective’ investment returns (in a pension invested for income) can often be very different to the (start to finish) returns on the funds in which you invest!

Yes, I know that sounds impossible, but stick with me and all will become clear 😉

You see, the effective returns on your ‘pension fund’ will depend, to a large degree, on how the fund price moves over time.

So, it’s really not just about where the fund price ends up!

Now this, most curious, feature of investing shows up (in opposite ways) both when you take money out of an investment ‘fund’ – to generate income …

… and when you save money into investment funds for growth.

So, we’ll explore the ‘savings’ side of this riddle another time because it’s useful for younger folk – who are accumulating their savings.

To bring this to life, I want to introduce two fictitious investors, Mrs Green and Mr Garnet.

And we’ll compare their experiences with invested pension income plans*

We’ll assume that both Mrs Green and Mr Garnet each saved up throughout their working lives.

We’ll also assume that they both then invested those savings into (mostly) stock-market-based funds to deliver their retirement income.

And that the only significant difference between Mrs Green’s and Mr Garnet’s investments was the time (in history) when they made them.

Each of them was told that when they reached 60, it would be stock-market-based funds that would offer the best prospects for growth.

Indeed, they were told that such funds could easily double in value (before inflation) over the medium term of, say, 10 years.

And, if you “do the math” you’ll see that a doubling in price over 10 years does indeed equate to average growth of 7.2 per cent a year.

That’s the trusty old rule of 72 at work

And many would have thought it reasonable to expect such returns at those times.

So, based on this ‘growth assumption’ they each decided to withdraw 7.2 per cent (£7,200) as a fixed sum from their funds each year.

Obviously, if their growth expectations turned out correct – then the fund growth would keep their original capital intact.

Of course, the growth on these funds would need to exceed 7.2% p.a. in order to cover the many layers of charges on this type of product.

But if you’ll forgive me, we’ll keep financial product charges out of this Insight. You can read more about the horrendous affect of charges over here.

Let’s just keep this simple for now and focus on the Pound Cost Savaging issue.

So, we’ll assume that this assumed growth rate of 7.2% p.a. is net of product charges

With me so far?

… curious because at first sight, it appears to be good news for both of these investors.

You see, the price of their funds did indeed achieve the expected 7.2% p.a. average return over the subsequent 10 years.

However, the value of their pension pots turned out to be unbelievably different after 10 years.

And that’s because the price of their funds achieved that same average return along very different paths.

Mr’s Green’s fund started at a unit price of 100p and then rocketed up by 50 per cent in the first year.

After that, it rose more slowly but steadily, by just over 3 per cent a year for the following nine years, to reach 200p.

So, that’s double the original price by the end of year 10.

And she was pleased with her investment …

Indeed, this outcome seemed quite magical to Mrs Green.

After all, her fund’s price had only achieved an average growth of 7.2 per cent p.a. over the period, and she’d withdrawn that full percentage amount each year.

So, she was amazed that she was in profit …

… and delighted to tell all her friends of her experience.

Mr Garnet was not so happy 🙁

Remember that Mr Garnet took out the same amount of income from his fund as Mrs Green over his first 10 years of retirement.

And his fund achieved the same (expected) growth rate (of 7.2 per cent p.a. on average) over his first 10 years of taking income.

Unfortunately, for Mr Garnet, the price of his fund took a very different path to that of Mr’s Green.

So, from a start price of 100p, his pension fund price crashed by 50 per cent in year one.

Of course, the fund price recovered strongly after that initial fall.

So, as I said, above, it did end up achieving the same average growth as Mrs Green’s fund …

So, the subsequent ‘stellar’ fund growth (of c. 17% p.a.) was barely enough to keep pace with his further annual withdrawals of £7,200.

A thought about survivorship bias

And, who could blame him … no one likes to talk about losing a lot of money like that.

And that’s what we typically find.

The ‘winners’ speak up about their wonderful investment returns – whilst the losers keep quiet about their losses.

You might have noticed similar things went on with ‘Bitcoin’  – did you notice anyone boasting about their losses?

By the way, this, natural human behaviour which distorts our view of the world is well known to behavioural scientists.

It’s called ‘survivorship’ bias and you’ll come across it in many walks of life.

‘Losers’ tend to be hidden from site. 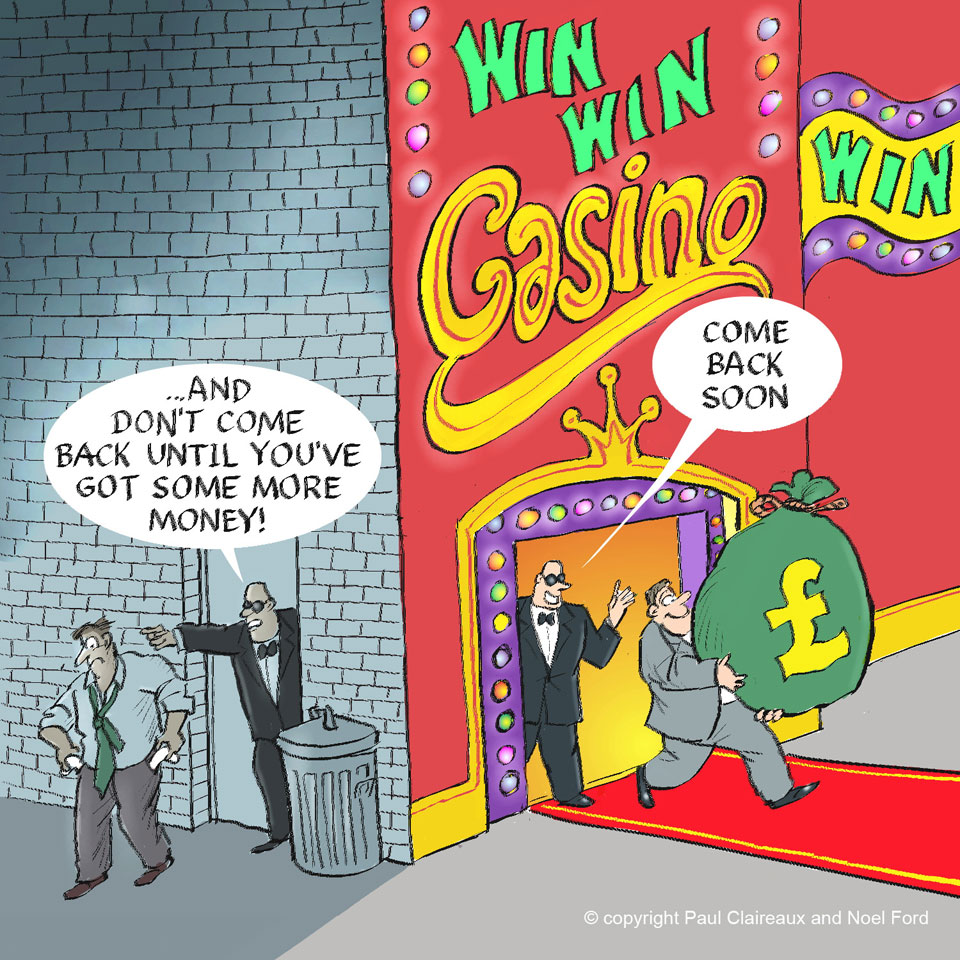 The thing is, if we don’t hear the bad stories we might not bother trying to understand these investment risks.

And we might ignore this potentially ‘crushing’ (price path) issue.

Please don’t do that.

Well, he was unlucky for sure …

… but it could have been even worse for him.

Let’s imagine that his fund had not bounced back quite so well after the initial fall.

Let’s assume that his fund price grew by, say, 8 per cent p.a. after the initial crash of 50 per cent.

Now, that would have brought the price back to its starting level of 100p at the end of 10 years.

And whilst that’s a rare scenario in markets – it is perfectly possible.

… how much do you think Mr Garnet would have had left in his pension after 10 years?

Well, the horrifying answer is …

That’s right . . . his fund would have run out before he’d taken all his planned withdrawals.

Of course, he’d have enjoyed some income payments (totalling £67,670 to be precise) before running out of money.

After all, he’d been told to expect that this would last him for life.

Well, as I said at the top, it’s not always the average total return on a fund over time that determines your personal investment experience.

What really matters, when we take regular withdrawals from our investments, is the path of the fund price over time.

So, our personal experience will be:

■ Fantastic, if prices rise steeply at the beginning of our investment period and then remain steady or gently rising in the later years.

■ Disastrous, if prices collapse initially, even if they eventually recover to the originally expected level.

And yes, if fund prices follow a path between these two extremes, then the outcome will also be something in-between.

Now, a great many people have been caught in exactly Mr Garnet’s predicament at various times over the years.

And, sadly, I can see that a great many more will suffer a similar fate in the future.

The essential thing to remember is this …

Serious, and irreparable damage can be inflicted on our funds if we take ‘heavy’ withdrawals from investments that are shrinking in value due to stock market falls.

Strong market recoveries are often not enough to recover our funds.

So, you need to do something to mitigate this (market timing) risk when you’re about to start taking income from an investment portfolio.

For now, just remember that someone else’s experience does not guarantee yours.

They both enjoyed 7%+ p.a. growth on their fund prices …

So, whatever you do, please take good-quality guidance on your retirement income options.

And let me warn you, when it comes to this (retirement income) issue …

… really good advice at a fair price is a bit difficult to find.

I know, I’ve done the searching for some of my coaching clients.

So, take good care out there.

… if you’d like more ideas for making more of your money – and earning more of it too, get my occasional newsletter here.