Home > Advice to Avoid > What are the chances of that?

What are the chances of that? 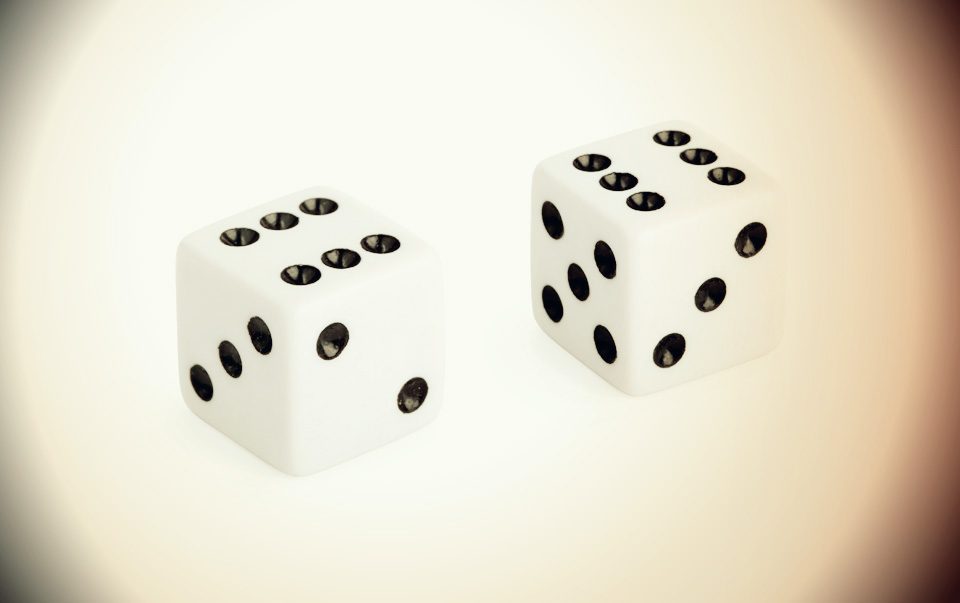 What are the chances of rolling a double six?

Okay, so if probabilities are this easy, can you also work out the chances of a big fall in the stock market?

Although there are quite a lot of people who will tell you that you can.

There’s a mathematical model used by some advisers, that they ‘believe’ can predict the chances of big moves in the stock market.

And that’s simply because it doesn’t accurately reflect the returns in the real market.

It’s just a theoretical model with no evidence to support it!

Yes wow – but read on – this gets more interesting.

. . . a 6% (or more) price move in the markets in a single day should only happen ‘once every two million years’

In fact, there were around 15 such market moves on the world’s largest stock market in the USA (as measured by the S&P 500 index) in just two years, not two million.

Not surprisingly, those two years were also right next to each other, in 2008 and 2009.

Indeed, on 19 October in 1987 the S&P 500 fell by over 20% in a single day – which of course, is completely impossible according to the model used to predict market risks.

(Nowadays there are ‘circuit breakers’ that shut down trading in these circumstances – and the rules vary from country to country. In the USA for example, you’d have to endure a drop of 20% for the market to be shut down for the whole day. But it would open again the next day. There are other triggers, at lesser amounts, where trading would be shut off for 15 minutes, to let people cool down!)

What’s incredible to me, is not that these models don’t work for predicting risk – that much is obvious.

What’s incredible is how our most highly paid and senior investment bankers ever believed that they did – although we kinda know the answer to that one . . . they were taught these theories at finance school.

I just hope the teaching is better these days.

If you’re a finance teacher – please let us know below 😉

Now, during the financial crisis of 2008-09, David Viniar, Chief Financial Officer of Goldman Sachs, famously commented that the crisis was so unusual because 25-standard deviation events had occurred on several successive days.

Don’t worry, I’m not going to bore you with a definition of a standard deviation (aka Sigma) here.

Suffice to say, it’s a statistical term which works well for many different types of statistics.

Unfortunately, it does NOT work at all for stock markets.

To hammer home the point, in 2008, a group of academics from Nottingham University Business School produced a paper to explore the likelihood that Mr Viniar’s model was right.

It’s difficult to find that paper online these days – but if you’re signed up to my newsletter and you drop me a line, I can send you a copy.

They started by looking at the chances of a single 25 standard deviation event occurring.

And their finding, on the unlikeliness of Mr Viniar’s description of events, is truly breath-taking.

The Nottingham University team described it as follows:

Now quite clearly, these are impossibly small chances!

According to the academics, we would need to take that 20-sigma event chance and divide it by 10 – not once but … 50 times in succession.

And those chances are unimaginably small.

Now, just think how unlucky you’d need to be for one of these 25 sigma events to happen several days in a row!

And the conclusion from all this?

The world’s most hideously highly paid bankers had absolutely no idea what risks they were taking with our money before the crisis.

And that’s a scary, if not surprising, thought, eh?

But here’s an even scarier thought . . .

What if your investment adviser still uses that broken model of risk to advise you on the risks in your portfolio?

If they talk to you about ‘Standard deviations’ you need to start asking some difficult questions – because they might be using the same risk model as Mr Viniar!