Home > Achieving more > The truth about our beliefs

The truth about our beliefs 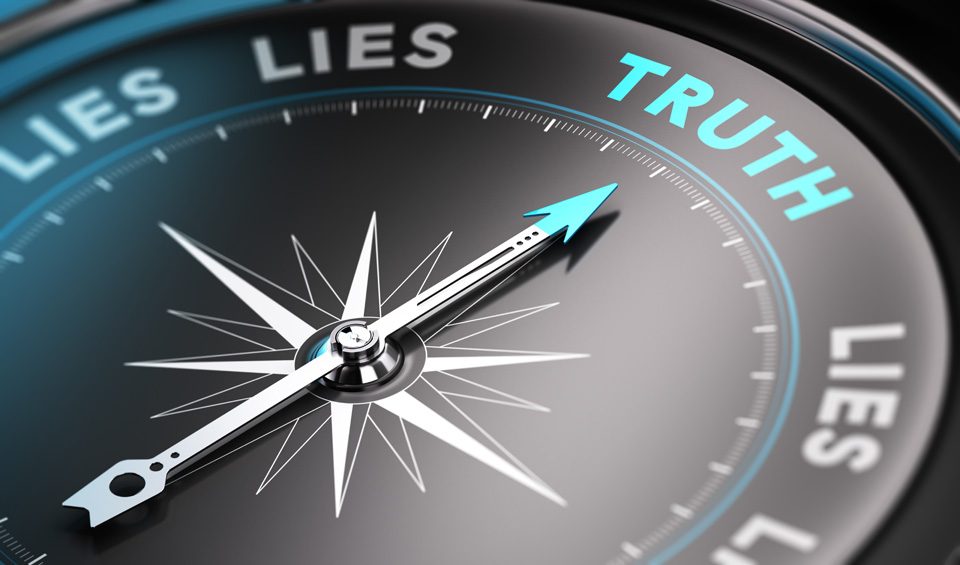 What’s the truth about our beliefs?

Perhaps that sounds like a stupid question – but I think it will make sense if you read on.

How much does it matter – that we teach people the truth?

This question plays out the world over today – and millions of lives depend on how it’s answered. So let’s take a closer look.

Of course, any reasonable person would demand that our children be taught the truth, as far as we know it, in all matters.

I mean, who would want their children to be taught a set of “beliefs” that have no basis in fact – or where some of those beliefs promote harm – to people or animals?

No one, right? And yet this is exactly what we do in many parts of the world today – including the ‘developed’ world.

What is more worrying is how some people want to turn away from the truth – and give ‘beliefs’ the upper hand.

This video (now going viral) gives evidence of this  – in a debate about education in South Africa.

I urge you to watch it

The presenter’s ‘scary’ idea – for South Africa is that:

So what’s going on here?

Well, this lady wants to re-shape South African education by cutting out scientific truths. (Or at least those which she considers derive from a colonial power)

So that will mean throwing away a lot of truths established over hundreds of years.

Truths, like Isaac Newton’s laws of physics from which we’ve developed a myriad of engineering miracles, from steam trains to cars and aeroplanes.

Truths that are so reliable that they enabled us to put a man on the moon and bring him back safely to earth. .

That and other scientific developments have improved the lives of hundreds of millions of people worldwide throughout history.

What is more – these scientific truths hold the key to us saving our planet.

These truths were uncovered by brilliant people – who devoted their lives to science and risked their reputations (and their lives when challenging religious dogma) for our benefit.

Galileo, for example, was accused of heresy by the Catholic Church for pointing out that it was the Sun (not the Earth) at the centre of the universe!

And what does this lady propose to give South Africans – to replace all those scientific truths?

Simply this  – a random set of mystical beliefs

Like her idea that she knows of a man who can control where lightning strikes !!!

Watch the video above to hear her make that claim.

South Africa is a beautiful and rich country with enormous future potential.

Yes, it’s true that many of it’s people were unfairly treated in the past – but how does that justify crushing their chances for a better life – with a stupid education system today?

I think that Nelson Mandela would have been very angry about this.Click To Tweet

I think he placed a very high value on the truth.

But if the present South African government supports these behaviours – where ‘Power’ and ‘Beliefs’ are to be allowed to shut out science (or other truths) – then their country will surely collapse into chaos like Zimbabwe.

And what a disaster that would be for everyone there – including these people with their crazy ideas.

So is this just a story about more turmoil in South Africa?

Well, no, I think this is about much more than that.

There are a lot of idiotic beliefs that go unchallenged every day, the world over. Different groups of people in different places are supported in believing all sorts of nonsense, myths and magic.

And whilst some of those beliefs may be harmless – a lot of them are not.

Millions are being taught twisted interpretations of their religion – and, of course, some use those beliefs to justify murder, mutilation and torture.

Even in the (supposedly advanced) USA, there are still over 20 states in which beating a child – for bad behaviour is justified by Bible texts.

See the video below for more on that

How can there be any doubt that a good education must be based on evidence and truths rather than old world beliefs?

The argument from those who are troubled by science is that ‘science doesn’t have all the answers’ – which is true of course.

All scientists can agree on that . . .

Science is simply a work (of discovery) in progress.

And where science doesn’t yet understand something important, it happily works on it.

Scientists do not give up, throw their hands in the air and accept an irrational mystic explanation.

That’s an old world idea of using God to fill in the gaps.

What’s exciting is how science can be used to answer our most important moral questions – and goodness knows we need to do that.

This brilliant TED talk from Sam Harris explains how.

I promise you – it is worth taking 20 minutes to watch this.

How long it will take before we stop fighting over stupid beliefs?

I have no idea.

I doubt it will happen in my lifetime but I’m hopeful, despite what appears to be going on in South Africa right now, that reason will prevail everywhere before too long.

There’s really only one thing that gets in the way

And it’s not the ‘wacky’ ideas of idiots with warped beliefs either.

It’s the ‘bright’ people who stand quietly by as those wacky ideas are implemented.

I’ll come back to why that might be another day, but for now just look at this quote (attributed to Edmund Burke, an 18th-century politician)

‘The only thing necessary for the triumph of evil is for good men to do nothing.’

This is surely one of the most powerful quotes of modern times.

And when you discover it at London’s Imperial War Museum, at the entrance to the Holocaust exhibition – it hits you, particularly hard

I think this quote hits home – because it’s so true and because we know that we’re not doing enough about it.

It really is ‘passive’ behaviour that ‘permits’ many of the world’s humanitarian disasters!

So please let’s encourage more of the (often quiet) but brilliant truth tellers and scientists to speak up.

The truth must win the day – it’s the Voodoo that must fall.

Have a great day.