Home > Advice to Avoid > Are we really dumb at investing?

Are we really dumb at investing?

Or is the popular report on this wrong? 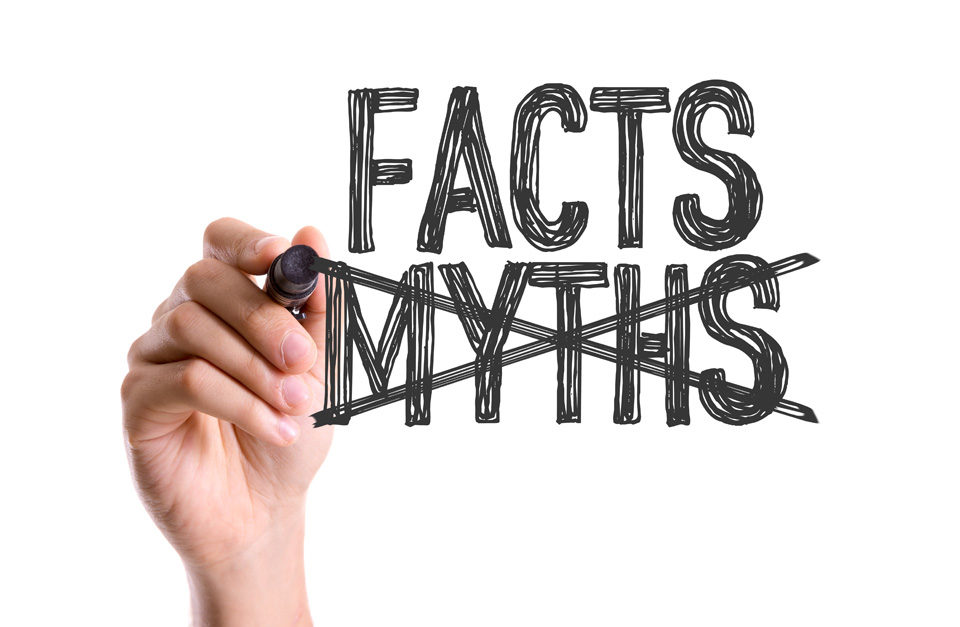 This site is about bringing you the best ‘Insights’ to help you make better decisions about your money.

So, I spend a lot of time exposing the lies that you’ll find elsewhere.

And sadly, there are a lot of people who mislead you about money …

In this Insight, I’ll expose the problems with a report that’s often used by some ‘allegedly’ leading financial advisers (here in the UK and the USA) to ‘get’ you on board as a client.

I urge you to get your head around this 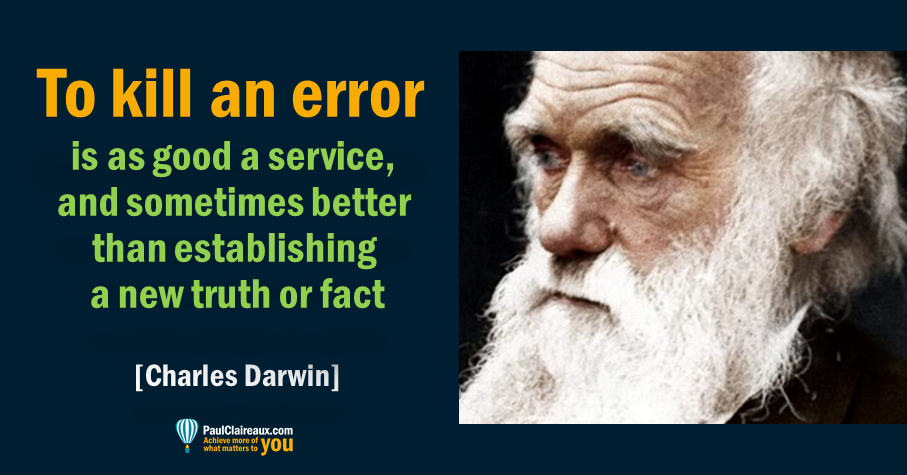 The DALBAR report on human behaviour

What follows is an excerpt from the book, “The 3 Simple Rules of Investing – Why Everything You’ve Heard About Investing Is Wrong – and What to Do Instead’

This book, rather like my own work, debunks a lot of myths about investing and exposes misleading advice around it too.

This serious but delightfully easy to read book was Co-Authored by four people including some distinguished academics:

Michael Edesess is the lead author and an accomplished mathematician and economist. He’s also the author of The Big Investment Lie, and a visiting fellow in the Centre for System Informatics Engineering at City University of Hong Kong and a research associate of the EDHEC–Risk Institute.

Kwok L. Tsui, a distinguished statistician, expert on the problem of spurious patterns in big data and currently chair professor in the Department of Systems Engineering and Engineering Management at City University of Hong Kong.

And it devotes several pages to show how DALBAR’s report produces misleading results about investor behaviour.

That’s worth knowing if the DALBAR report has been used to persuade you that you need expensive investment advice.

For a number of years, a company named DALBAR has been publishing a report called the “Quantitative Analysis of Investor Behavior” (QAIB).

The QAIB purports to show that investors make bad decisions and, as a result, their investments underperform the market by several percentage points.

It’s also been a godsend to DALBAR. It has captured headlines for years, perpetuating the myth that individual investors invest poorly, and therefore they do much worse than the market average.

Financial advisers have been purchasing the DALBAR report in droves.

The sample version of the 2013 report begins with an introduction titled “The Disease of Investor Underperformance.”

In the lower-right corner of every page of the sample version is an entry that says “Compliments from Advisor Name.” In other words, “Your name, Ms. or Mr. Advisor, could go here if you purchase from DALBAR the right to distribute the report to your clients and prospects.”

For just $1,000, advisors can buy the right to make unlimited copies for their financial advisory clients and prospects. That $1,000 is well worth it because this report will show people how badly they’ll do if they don’t have “expert” help.

There’s just one thing: the DALBAR result is wrong.

We’ve known this for some time

There have been serious questions (from serious academics) about the methodology used in the DALBAR study for a long time.

This one, from one of the more intelligent finance bloggers, goes back to 2011

And here’s an extract from an article called,

‘Just how dumb are investors?’ by Jason Zweig which appeared in the Wall Street Journal in May 2014

Why is the gap found by DALBAR so much wider (than in other surveys)?

To calculate investor return, all the other studies use a standard formula that adjusts the results to account for when the performance was earned and when money moved in or out of the fund.

Dalbar, however, uses a quirky formula of its own.

According to three leading experts on calculating returns—Prof. Dichev, finance professor Travis Sapp of Iowa State University and David Spaulding, founder and publisher of the Journal of Performance Measurement—there could be something amiss.

Dalbar’s formula, according to these experts, has the effect of taking returns over the full period and dividing them by the total assets at the end—including money that wasn’t in the funds from start to finish.

The result, they say, could significantly inflate the amount by which investors appear to lag behind their funds.

Well, sadly, it seems to be impossible to get DALBAR to provide a sensible explanation of how they produce their numbers.

So, it’s been left to others – like Michael Edesess and Wade Pfau to do the sums to reverse-engineer their calculations.

Wade Pfau is a Ph.D., CFA, professor of retirement income in the Ph.D. program in financial services and retirement planning at The American College in Bryn Mawr, PA. And a principal and director at McLean Asset Management and the Chief Planning Scientist for inStream Solutions. He actively blogs at RetirementResearcher.com.

But what they’ve discovered, in a nutshell, is that the numbers are grossly misleading.

Micael Edesses takes up the story once more – with some examples

. . . Nobody with any knowledge could believe they (DALBAR) were really using that formula, because it is so far off base.

The fatal flaw in the formula lies in step 5, “Calculated Investor Return Percentage.”

In other words, the sum of market changes in assets is divided by the sum of the cost basis of those assets to get investor return.

This formula is correct only if all of the net contributions were made at the beginning of the period.

Otherwise, in almost all cases, it will result in a percentage return that is much too low.

Suppose you invest $1,000 on day one of a two-year period and let it ride for a year. You are lucky enough that your investment vehicle achieves a 20% return in that year; so at the end of the year, you have $1,200.

Your investment vehicle clearly had a 20% annualized return – and so did you.

But DALBAR’s calculation says your investor return was 14.9%, not 20%.

DALBAR would therefore conclude that you underperformed your investment vehicle because of your poor decision making.

Here’s how the 14.9% return is calculated using DALBAR’s methodology.

They then annualize this to get a 14.9% annualized investor return – which is much less than the 20% annual return achieved by your investment vehicle.

Suppose an investor saves $1,000 at the beginning of each month for 20 years, and suppose that the investment vehicle the investor invests in realizes a steady 10% annual return (about 0.8% monthly).

A simple spreadsheet calculation shows that the sum of the gains due to market increases over those 240 months is $483,987.

DALBAR would conclude from this that the investor underperformed her investment vehicles’ return of 10% by 6.43% – the difference between 10% and the “investor return” of 3.57%.

This is obviously deeply wrong.

The mistaken but deeply entrenched conventional wisdom that DALBAR created

As incredible as it is, or should be, this error was undetected for 23 years.

The results reported by DALBAR based on this error have become the conventional wisdom.

Almost everybody in the financial world believes that investors underperform because they behave irrationally, getting in and out of the market at the wrong times – panicking after a drop and getting out, and becoming greedy and envious after a rise and getting in.

I don’t know about you – but I really get IRATE when I find someone is trying to mislead me.

And, if you’re to stand any chance at all – of making good decisions about your money YOU need to know the truth about it.

If you use an adviser – then you need to know HOW they can help you.

And let me be clear … I do believe that some advisers really can add a lot of value.

However, what you absolutely do NOT need is this scaremongering nonsense.

My message to financial advisers who use the DALBAR report

Either get DALBAR to convince some serious mathematicians that their conclusions are valid – or stop using it.

Your clients do NOT want to be told that they’re stupid.

And whilst some may indeed need to be protected from themselves – there are many dimensions to that challenge.

They most certainly do not need misleading reports shoved at them – in an attempt to sell a high ongoing advice charge.

We all know WHY this misleading idea keeps going

This wonderful quote sums it up. 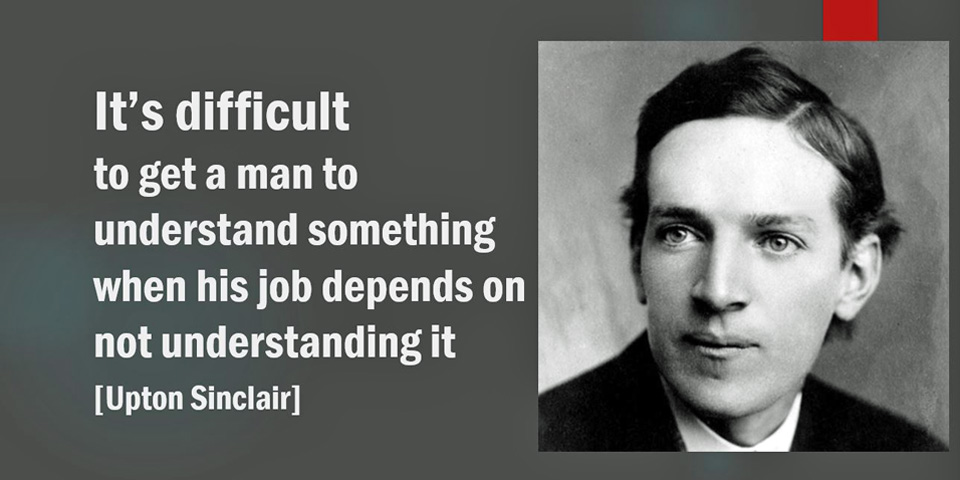 That said, from the discussions I’ve had, it’s quite clear that some (and some very senior industry figure type) financial advisers had absolutely no idea about the flaws in this data.

Clearly, they’re not all – good with numbers!

And some of the ‘sales’ types – simply latch onto to a story – to make a sale.

… we all love a good story right 😉

Either way, a story that’s supposed to support a decision …

… but is based on flawed data – should not survive.

So, the next time an adviser tries shoving a copy of the DALBAR report in front of you, just ask them …

“Does this have a shred of serious academic evidence to support it?”

And if they can’t provide any, just tell them where to shove it.

… if you’d like more ideas around money and personal performance, in an occasional newsletter, sign up here.

Or, if you’d like more frequent ideas (and more interaction) …