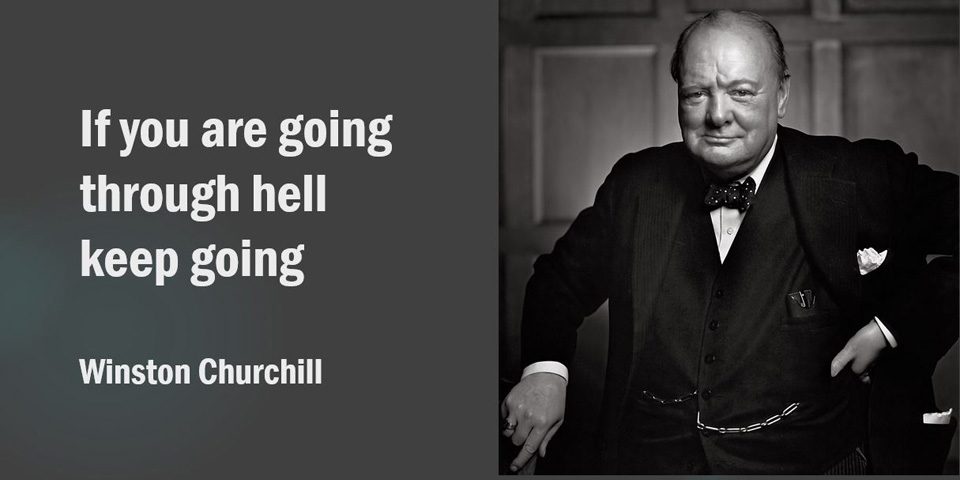 Winston Churchill was famous for many things but perhaps his greatest asset was his speaking power.

That said, we’ve been reminded this year, that some people follow overconfident fools.

A subject we’ll come back to another time.

Today I want to focus on what Churchill did differently to make him stand out as such a powerful speaker.

Of course, there are many aspects to this but Churchill knew the real key to persuasive power.

And that’s the simplicity of what you say.

Here’s the advice he sent to his officials when he became Prime Minister.

This note has just been released by the UK Cabinet office who, like other UK government departments, are now very active on Twitter – the home of the short message. 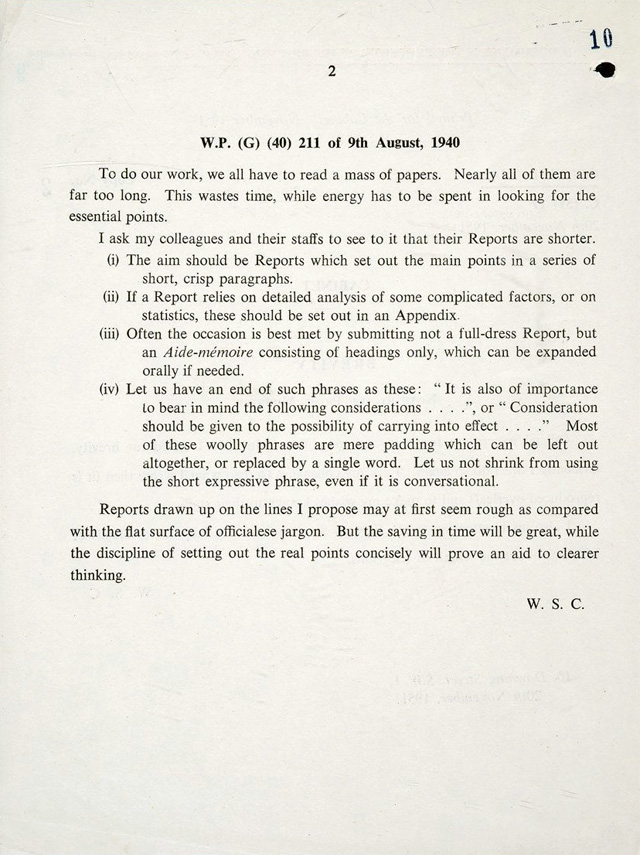 Now there are a great many stories about Churchill’s power with words.

This is one of my favourites.

Churchill was giving a talk to a group of school boys.

And he started by announcing that he would . . .

. . . sum up the secret to success in just seven words!Click To Tweet

He paused to let that promise ‘sink in’ a little and the boys sat spellbound, waiting for Churchill to reveal the secret.

Then, after some time he spoke, in a quiet voice,

The boys sat frozen in shock.

‘That was only three words!’ they thought to themselves.

‘Had the Prime Minister lost his mind?’

Churchill stood in silence too . . . peering out and scanning the boy’s faces to read their reactions.

But the boys just sat there, bemused and hoping against a fading hope that the old man had something else to say.

. . . Churchill took a deep breath and continued – in a deafening roar: